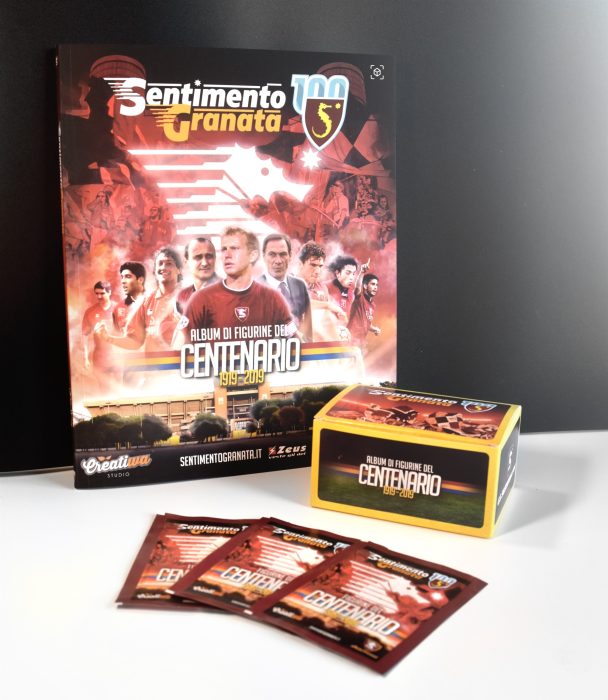 Sentimento Granata is the first collector’s album in Augmented Reality: just frame the stickers with the MoreGlobe app to watch videos, listen to interviews and relive the emotions of the stadium!

Much more than a “simple” sticker album. Sentimento Granata – the collector’s album dedicated to Salernitana, the Salerno soccer team – is a unique editorial product of its kind. It is in fact the first collectible sticker album in Augmented Reality. Something never seen before: just frame the pages with the Moreglobe app (available for free on IOS Store and Android App Store) to enter the world of Augmented Reality and “get lost” among videos and exciting interactive content. The project is by MoreGlobe and was created to celebrate the first one hundred years of history of the Campania football club.

The first album in Augmented Reality

The Augmented Reality album “Sentimento Granata” is destined to strike the hearts of fans. Leafing through the 500 pages and more of the album means taking a leap back in time and opening many drawers of memory. It really seems to come back as a child and relive the emotions felt the first time at the Stadium, maybe in the company of dad or friends who are no longer there. It ‘s impossible not to be moved in front of the photo of Carmine Rinaldi, the unforgettable Siberian, or hold back from humming when you have in your hands the sticker of the famous choreography “Happy” Arechi. Emotions grow page after page and touch the epic thanks to the illustrations and drawings in Marvel style handmade by the creative team who designed the album. 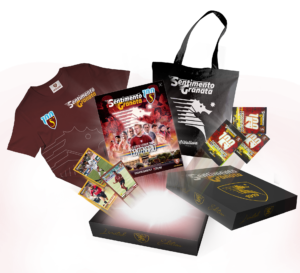 And then there’s the magic of augmented reality. Just frame the pages with the MoreGlobe app to see the stickers “come to life” on the screen of your smartphone: you can review historic actions and memorable goals, listen to interviews with the old glories of Salernitana, consult infographics and statistics, dive into the choreography of the Arechi and relive the great victories of the Granata. An experience to live with all the senses!